Limited growth and massive fiscal deficits define the status quo as countries around the world begin to loosen restrictions. After three months of quarantines and lockdowns, the economic situation remains dynamic — but we can see a few trends taking shape.

One of the more important macroeconomic outcomes is an overall rise in risk aversion. With lower savings, higher debt, and the ongoing uncertainty about whether a second wave of infections will spread before a vaccine hits the market, both consumers and companies will likely play it safe in the coming months. Investors will hold onto their dry powder as the urgency of the moment subsides, limiting investments to what has performed relatively well during the pandemic: tech stocks, cybersecurity, utilities, and consumer discretionary staples.

A downturn in brick-and-mortar retail purchases remains likely, but some of that could be offset by an increase in e-commerce. Today, 30% of purchases in China are made online, along with 12-18% in the West, where the percentage may continue to increase if social distancing measures remain in place. Tourism is also expected to take a downturn, but the long-term future of airlines is not as much in doubt. The last significant disruption to air travel was the September 11, 2001 terrorist attacks — and both airlines and travelers adapted to the resulting increase in security measures with relative ease.

The crisis has also amplified critiques of capitalism, already on the rise pre-COVID, and tacitly acknowledged in “stakeholder capitalism” endorsements at Davos and in BlackRock CEO Larry Fink’s 2020 letter to investors. The “build back better” push could lead to tighter regulations on markets as well as more capital going into impact investments, or into companies with stronger worker protections. 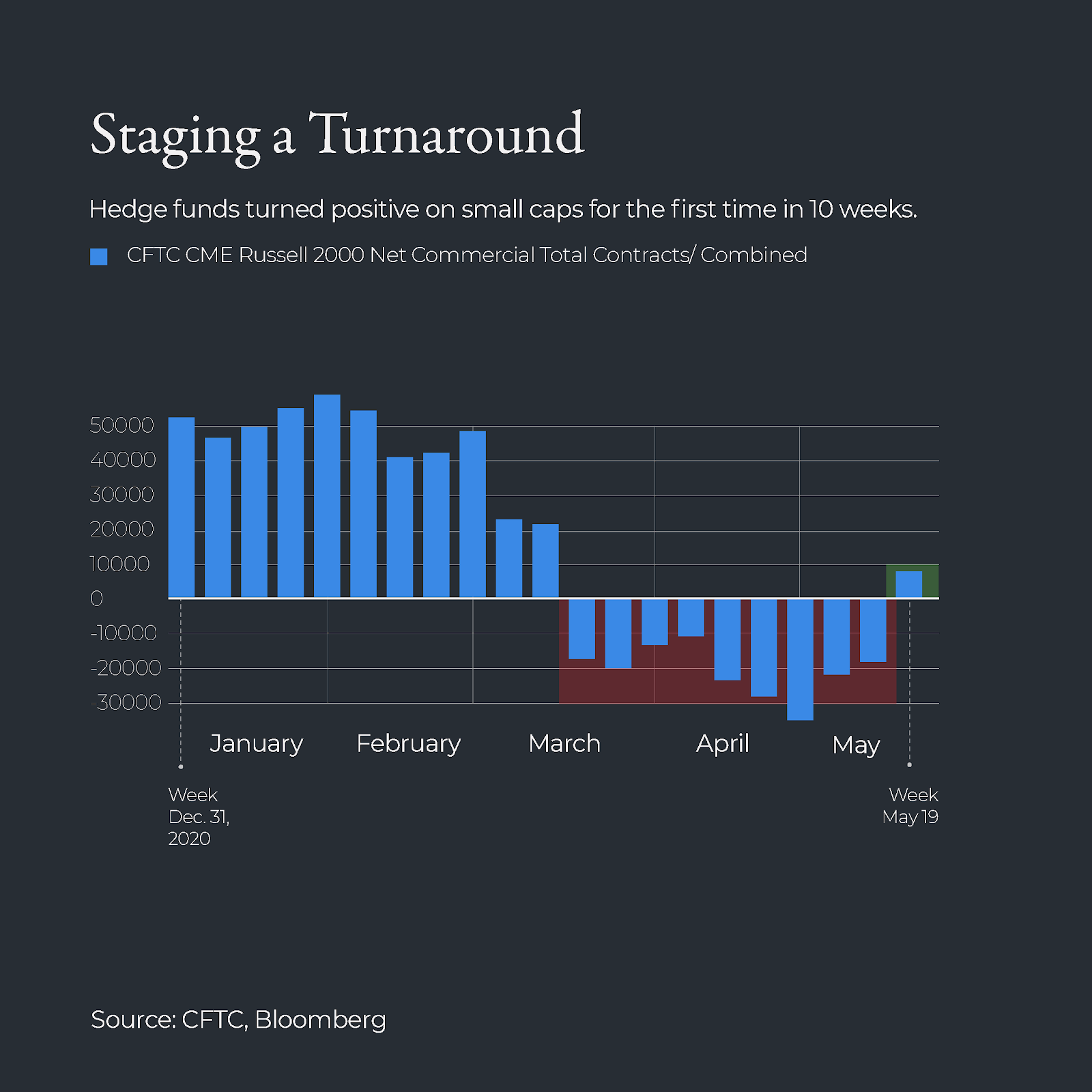 The resiliency of equity markets is spreading more broadly: for the first time since early March, hedge funds turned positive on small caps. The best performance since 2018 is emerging out of a compressed market correction, when the U.S. started to hike interest rates on the assumption that growth was accelerating and then adjusted in December 2019.

Hong Kong stocks dipped this week as China’s National People’s Congress (NPC) announced a new national security law for Hong Kong that would tighten its control over the protectorate. Hong Kong is required by its Basic Law to implement it or risk losing their independence, even if doing so triggers protests as it has in the past. NPC also will not be setting annual GDP growth targets for 2020. All of this occurs as China navigates escalating tensions with the U.S., creating a less stable environment in a part of the world that is otherwise further along in COVID-19 recovery.

Manufacturing in the Eurozone increased from April, but the real indicator of an economic recovery on the continent may be found in consumer habits, like the number of trucks on the road (increasing in Germany), energy consumption (on the rise), and Google search data. So far, searches for topics like “staycation” are outpacing searches for hotels and travel tickets, even as typical summer destination countries like Greece and Spain begin reopening their borders.