European Union leaders agreed on a landmark €750 billion recovery fund. Similar to the Marshall Plan after World War Two, the joint debt package of low-interest loans and non-refundable grants will focus on helping industries recover to pre-COVID levels and beyond over a seven-year period. One-third of the package is earmarked for fighting climate change, consistent with the Paris Agreement targets and with the EU’s stated goal of reaching carbon neutrality by 2030.

The bloc’s unity was evident in that the EU’s leaders, who came into the marathon meetings far apart on a number of principles for the package, managed to resolve the discrepancies in their views to reach such a significant agreement. Of particular note is the compromise reached on rebates on budget contributions, which will be given to weaker economies as well as frugal Nordic countries.

Because the package is not an emergency stimulus but a multiyear recovery commitment, it is expected to provide a significant boost to the market. Already, the euro is trading competitively at 1.15 to the dollar — the highest ratio since January 2019 — with a chance of reaching a record 1.18 if the United States does not issue a similar recovery plan before the end of the year. Risk-sensitive currencies also advanced on the improved global investor sentiment that followed the announcement of the EU package. 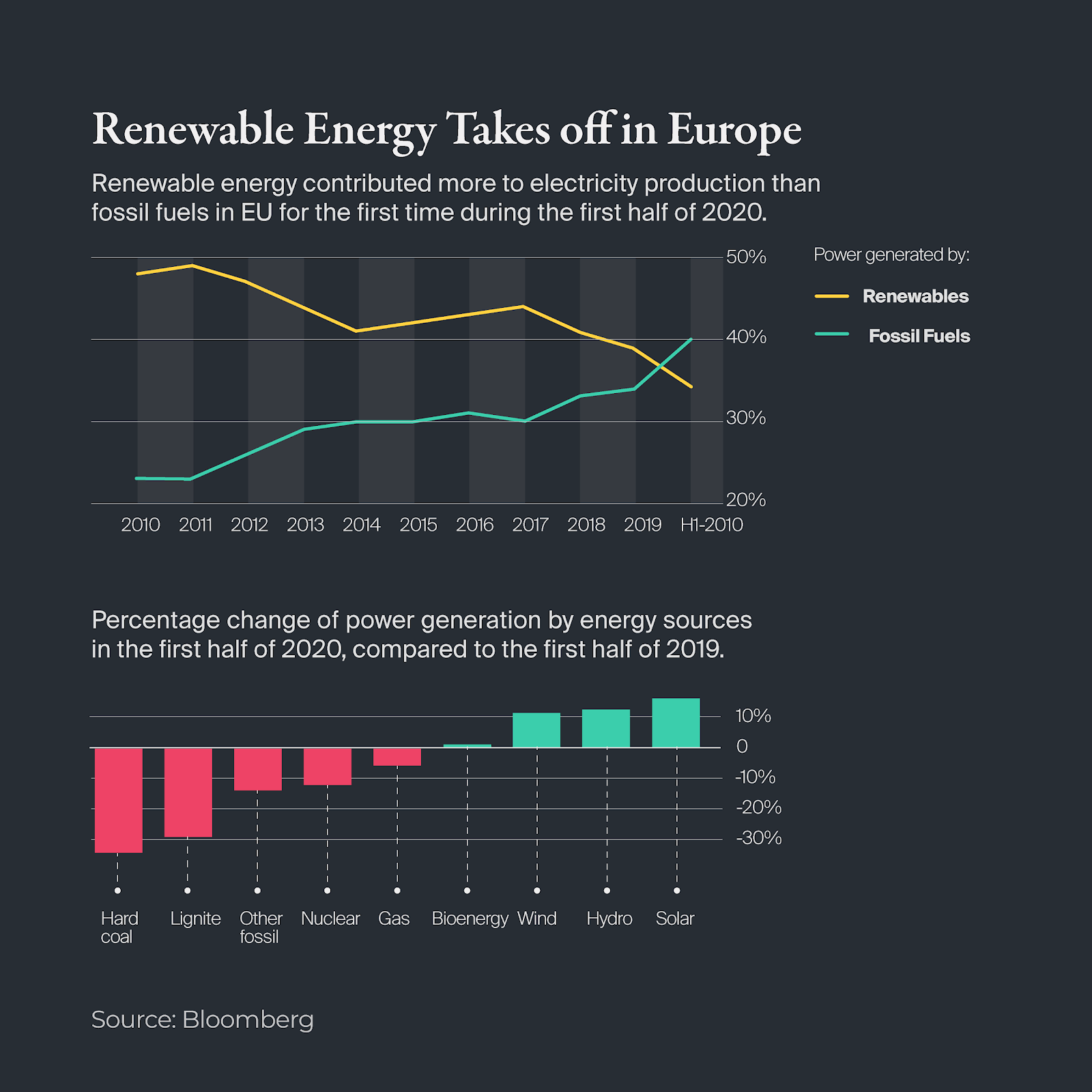 The EU’s decision to align one-third of its pandemic recovery fund to the Paris Climate Agreement builds on Europe’s increasing reliance on renewable energy. The first half of 2020 marked the first time renewable energy — the only growing sector in power generation — contributed more to the Eurozone’s electricity production than fossil fuels. Carbon emissions from the power sector fell 23% alongside a 7% year-to-date drop in overall electricity demand.

China’s coming consumption quandary
Though China’s 2Q GDP exceeded expectations in its 3.2% increase year-over-year, not all indicators point to a seamless recovery. Private consumption is down by 5.2% compared to the same period last year, while industrial output has increased by nearly the same amount (+4.1% year-over-year). If consumption does not turn around in 3Q or 4Q, Chinese manufacturers run the risk of accumulating inventories without customers — though so far, the People’s Bank of China appears comfortable with the pace of recovery.

Even with increasing coronavirus cases, the U.S. continues to show strong resilience in the housing market — the sector with the most visible recovery to date. Applications for new mortgages hit an 11-year high in June as existing home sales rose from 3.9 million to 4.7 million. This reflects increases in single- and multi-family homes by 19.9% and 29.4%, respectively, though both remain well below their February peaks. The increasing applications point to a relatively smooth recovery of the lost ground; the pending sales index already grew sharply in June, with relevant Google searches higher than a year ago. The trend is expected to remain disconnected from unemployment, which is primarily affecting younger workers who rent.