We can draw a number of parallels between the economic effects of the current global pandemic and the 2008-2009 financial crisis. In one area, however, the markets are in uncharted territory: the debt owed by countries in emerging markets.

China’s emergence as the world’s manufacturing hub in the early naughts led to increased investment in other countries in the Global South. Few were incurring debt to stimulate their economies, so the recession halted growth but positioned them to resume their economic engines after that crisis had passed. To make up for that lost time, however, more and more of those countries began financing their growth through external debt and depleting their comfortable foreign exchange reserves built up in previous years as financing costs in USD and EUR fell to ever-lower levels.

That brings us to today. Unlike in 2008, emerging markets are carrying a debt of nearly $2.5 trillion — and the export markets that many have spent the last decade developing are at a standstill. These countries are also more likely to be overwhelmed by the virus itself, given their weaker healthcare systems. Monetary policy changes are part of the answer, but for the countries that are not borrowing in their own currency, the cost of debt servicing will grow into a crisis.

The G20 and the World Bank have announced plans to restructure international aid debts, but preventing a crisis depends on private creditors being willing to do the same. The extent to which institutional investors are willing to bet on post-COVID-19 growth will dictate how this chapter of the pandemic story ends. 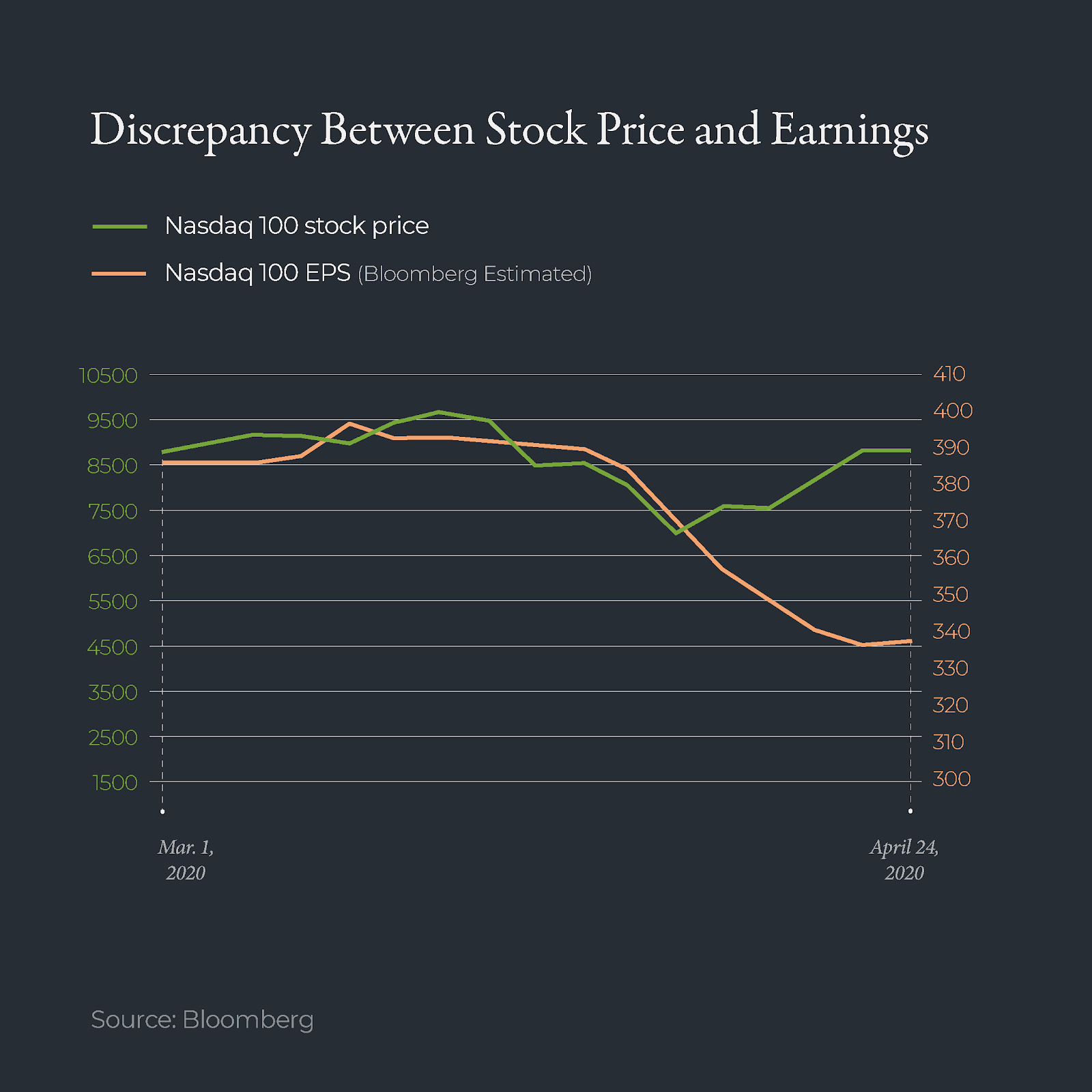 Equity markets are flush with cash and, somewhat amazingly, holding steady as earnings continue to drop. Social distancing and lockdown measures are decreasing earnings across the board, yet the market’s lens remains trained on the post-pandemic future. At the moment, this gap is tenable — but the disconnect will grow more pronounced if the market’s liquidity does not translate to employment opportunities.

Equities are largely looking past the likely difficulty of the next several months to a more risk-inclined future. The notable exception? Chinese domestic shares, pointing to the time gap between China’s lockdown measures and those of the rest of the world that creates a falloff in demand just as the economy begins to reopen. This stalled start hits small and mid-sized Chinese businesses hardest, and it may take more direct intervention by foreign businesses to realign manufacturing processes.

What are the real signs that an economy is coming back to life? Traditional measures like GDP and stock value are increasingly divorced from the day-to-day realities of workers, telling more about what investors think of the future than what employees and consumers think about the present. Recent reporting by the Financial Times pointed to day-to-day electricity usage and the number of vehicles on the road as indicators that workers feel secure enough — both financially and healthwise — to begin resuming activities. These indicators may be tied to how quickly workers, particularly those who own, or are employed by, small and mid-sized businesses, are receiving aid from their government or employer.