In a world eager for any good news, the tentative but steady overall growth in the S&P 500 one month after reaching bottom could be cause for celebration. Instead, a more nuanced look is warranted.

‍
Walmart’s strong stock performance, coming the same week that the company retained its mint position in the Fortune 500, tells us a number of things that we already know: consumers are doubling down on staples — such as the household goods sold at Walmart — and taking a highly cautious look ahead to a future where lockdowns are lifted. This is leading to some signs of life in the airline, restaurant, and hotel industries.

‍
However, the defense industry is the main driver of the current rally, recouping 10% of the sector’s losses in the initial market shock and outpacing its role in the rally after the last financial crisis. The relative durability of health, tech, and consumer goods — all necessities in some capacity during a crisis of this design and magnitude — are also contributing to the current rally.

‍
Any celebration can start when the rally is sustained and paid with a marked improvement in unemployment and hiring numbers, all of which remain troubling across the world. 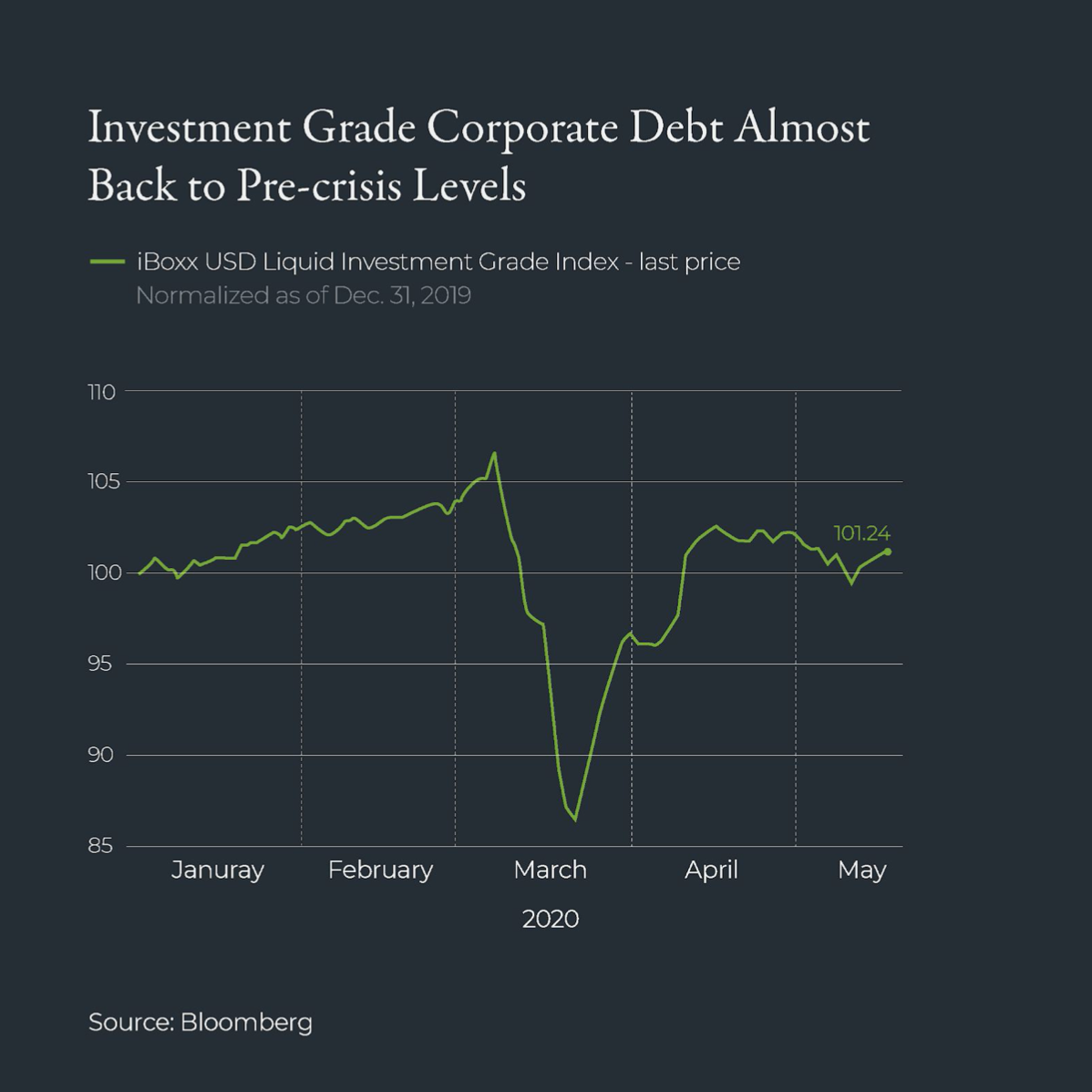 For businesses in the midst of responding to the pandemic, the purchase of bonds in the form of debt can be the economic equivalent of treading water. Corporate bonds offer a potentially higher yield than government bonds because of their wider spread. Now that the U.S. Federal Reserve’s purchase of corporate debt has pushed the credit worthiness of those corporations back to nearly pre-crisis levels, some concerns about bankruptcies have been alleviated.

Investors did not have to consider the debt levels in emerging markets during the last financial crisis because few had taken on a significant amount. Ten years later, the debt-fueled growth across the Global South is at a standstill as the world responds to the pandemic. Investors holding those bonds must decide whether to look for an exit or hang on through the lengthy resolution process. The debt currency adds another layer of complication; emerging markets are more likely to have instability in their currency exchanges given the limited ability of their respective governments to manage and mitigate alongside the U.S. dollar or the Euro.

The $545 billion COVID-19 relief fund proposed by French President Emmanuel Macron and German Chancellor Angela Merkel rallied markets across asset classes — and not just because of the dollar amount. The proposal includes shared debt across EU countries, long a sticking point in building solidarity across Europe, and signals that the pandemic may bring the continent together instead of splitting it apart. The proposal remains at the European Commission level and will require agreement from the 27 member states. It will also lighten the load of the European Central Bank, which to date has driven quantitative easing to keep the economy afloat.