There are no true safe havens in a recession. With that said, gold is among the more durable investment options because it is likely to perform favorably whether deflation or inflation comes out of the current crisis.

‍
Like with the 2008 financial crisis, gold prices at first correlated with the beginning of the crash and the requisite impulse to sell — only to rebound as quantitative easing measures were announced amid concerns about inflation. We are seeing a similar pattern now. If quantitative easing does lead to inflation in 2020 or 2021, gold will remain valuable even when money is less so.

‍
Of course, instead of inflation, for the last 12 years we saw rock-bottom interest rates that filled the markets with liquidity. T​here is no reason to think the current response by central banks will yield a different outcome. But ​if the global economy ends up in a deflation scenario — the other extreme, where there is no payoff to bonds or risks because rates are so low — gold will still be a safe haven. ​The potential wild card is Janet Yellin’s recent hint that the U.S. Congress might authorize the Federal Reserve to buy corporate debt, though doing so would not necessarily affect gold’s relative stability.

Gold’s inherent value distinguishes it from other perceived safe havens like cryptocurrency; though it is fixed and decentralized, its newness has proved to be a drawback. It may experience a rebound, but for now, investors are less interested in trying something new. 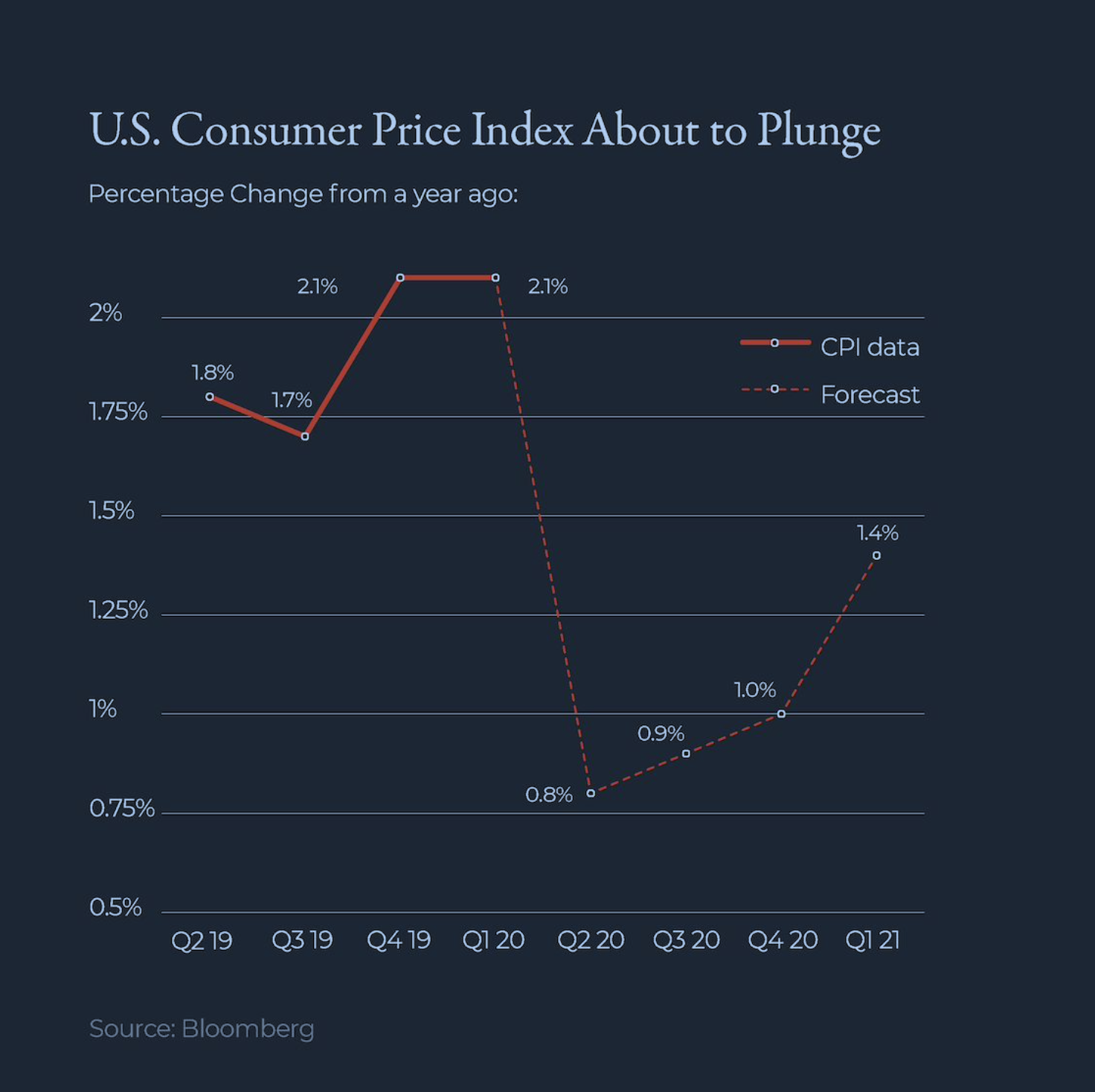 Consumer habits have been upended by the pandemic, resulting in what looks like a drastic drop in the U.S. consumer price index (CPI). But this core indicator, which measures the average change in prices over time that consumers pay for core goods and services, shows a straightforward reaction to a recession, particularly one where travel and other once-typical purchases are on hold. The bounce predicted for Q1 of 2021 will be contingent on monetary policy and other fiscal stimulus passed over the next several months.

India’s factory output had risen to a seven-month high of 4.5% in February before a government-mandated lockdown in response to the pandemic. Now, the government wants to continue that pre-pandemic economic momentum and is examining production data in key sectors — textiles, chemicals, electronics, steel and pharmaceutical— to understand manufacturers’ likely output and the support they would require if given two weeks to resume operations. A lot of support is likely needed. Meanwhile, Indian banks have also sought government guarantees against their loans to certain hard-hit sectors to keep enough liquidity flowing to counter the COVID-19 slowdown.

As the U.S. dollar continues to climb back amid a 20% rebound in stocks since March’s low, the S&P 500 is still shading its forecast given the ongoing uncertainty. Though technology and healthcare are likely to perform strongly in the next quarter and, indeed, throughout the crisis, analysts expect that the companies in the index will announce a 7.3% year-on-year contraction.